Underwater Wonders in the Philippines

The Philippines can be easily overlooked by many travellers. It doesn’t the historic temples or a famous cuisine of its nearby neighbours, but what it does have is some of the friendliest people on the planet, spectacular landscapes and clear blue waters. Located in the Coral Triangle, the richest marine environment on earth with the greatest diversity of corals and fishes, the Philippines is a dream destination for snorkellers and divers. Its beautiful coral reefs are home to colourful reef fish, turtles and even whale sharks. 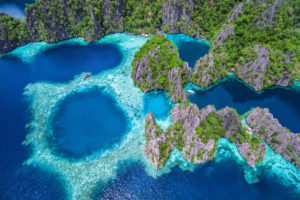 There are dozens of underwater destinations in this tourist friendly nation, with one of the best being Dumaguete on the island of Negros. Easily reached on a one-hour flight from Manila, Dumaguete attracts underwater adventurers that want to explore vibrant reefs, and also encounter weird and wonderful critters at its local muck sites. 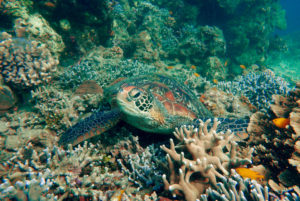 The areas main attraction is Apo Island, a marine sanctuary located eight kilometres offshore. Fringed by colourful coral gardens, Apo Island is a destination for both divers and snorkellers, who will encounter cuttlefish, schools of pelagic fish and numerous turtles. Green turtles feed and rest at Apo Island, and are accustomed to divers, meaning you can get very close to these cute marine reptiles.

Another major underwater attraction at Dumaguete is muck diving. The coastline south of Dumaguete has dark sandy beaches that attract marine life not commonly seen on coral reefs. On these sandy slopes divers will see many strange marine creatures, like frogfish, snake eels, seahorses, flamboyant cuttlefish, mimic octopus and ghost pipefish. Muck diving can be very addictive, especially for underwater photographers once they capture images of bizarre critters.

While exploring the reefs and muck off Dumaguete you are unlikely to encounter sharks, however you can encounter the largest of all the sharks at nearby Oslob at the southern end of Cebu. A few years ago the local fishermen started to feed the whale sharks shrimps to lure them away from their nets. When word got out about the practice it quickly became a major tourist attraction. Now dozens of whale sharks turn up daily for a snack, allowing divers and snorkellers to swim around them for an unforgettable underwater encounter. 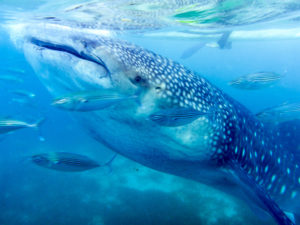 The sharks are four to nine metres long and show almost no interest in the people in the water with them. That means you’ll sometimes have to get out of their way as they move from boat to boat after a mouthful of food.

Not everyone is happy with the whale sharks being fed at Oslob, as it has disrupted their natural behaviour and many of the sharks display scars from encounters with boats. However, it has put a dollar value on these gentle giants, ensuring they are protected and not killed for their fins to supply the lucrative and destructive Asian shark-fin soup market.

Accommodation options in Dumaguete are almost unlimited with the best in the area the luxurious Atmosphere Resort. This boutique resort has its own dive centre and large comfortable rooms spread throughout the tropical gardens on its beach side setting. When not underwater the resort also has an award winning spa, plus a gym and wide range of onsite eating options.

With so much to see underwater in the Philippines, most visitors rarely have time to dry out. 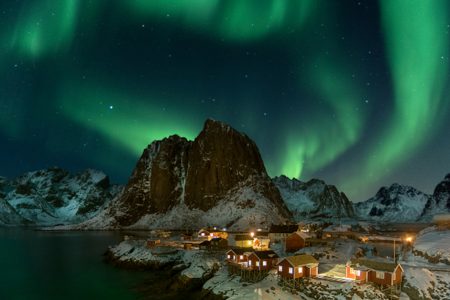 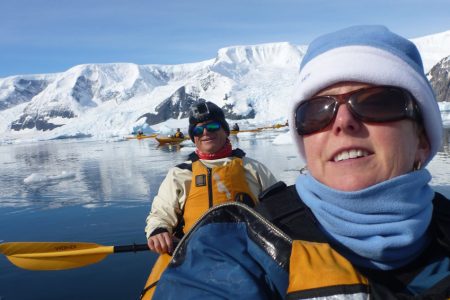