Jordan is a beguiling country of contrasts – from its shimmering seas and arid deserts to ancient ruins and modern metropolises. Explore Jerash, Jordan’s largest complex of Roman ruins, wander through the iconic pink sandstone streets of Petra, once the grand capital of the Nabataean Empire. Sleep in a Bedouin tent in the desert of Wadi Rum and float on The
Dead Sea. Our pre-tour in Cyprus and post-tour in Jerusalem complete a trio of itineraries following in the footsteps of man’s earliest civilisations. 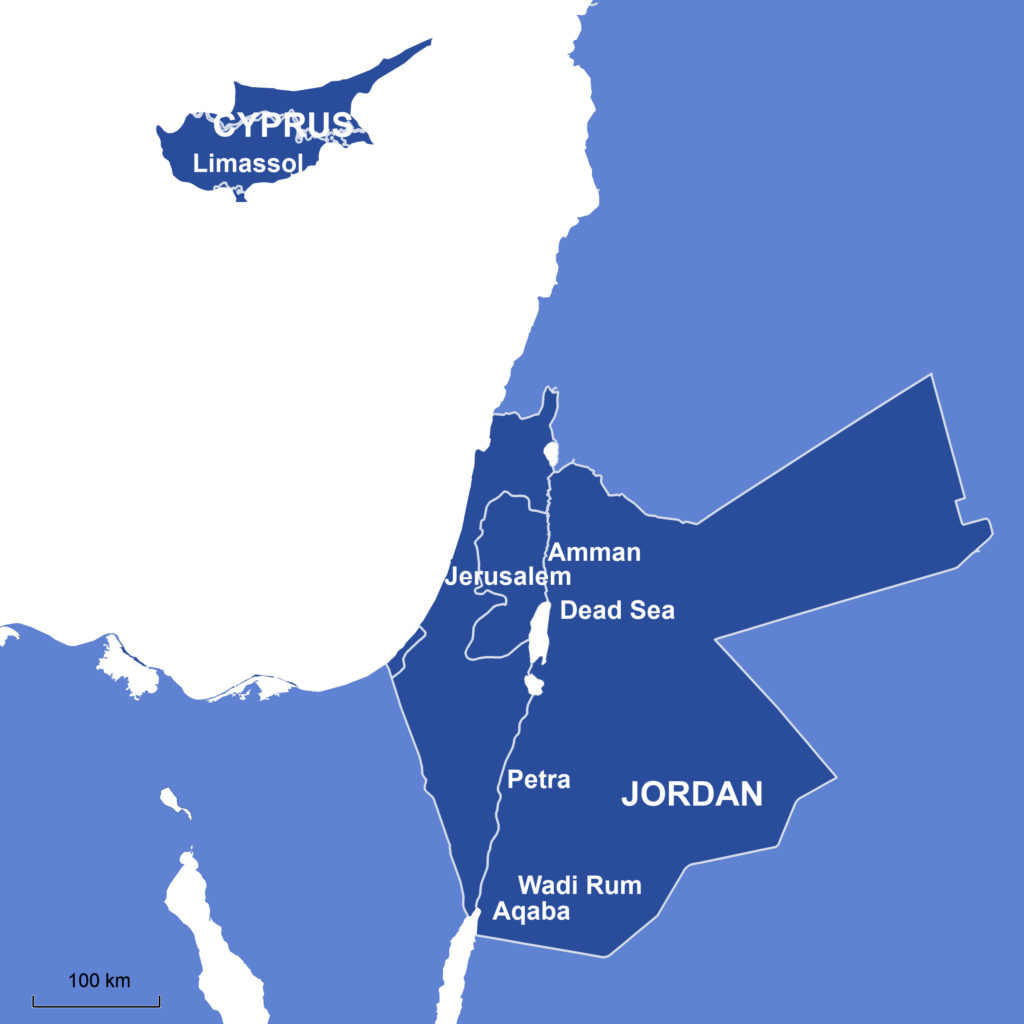 (Dentists and other health professionals are welcome to attend)

The conference program is currently being finalised.

It’s no coincidence the Greek goddess of love was born in Cyprus. There’s much to love about this captivating island nation, cast adrift in the Mediterranean Sea. Based in the coastal city of Limassol, we’ll explore Cyprus from sea to summit, taking in the country’s awe-inspiring ruins, historic trade routes and traditional villages. See 1800-year-old mosaics at the ancient kingdom of Kourion, learn how to make moussaka with village locals in the Troodos Mountains, and pay your respects to Aphrodite at the sea rock where the mythical goddess was born.

Please click the link below to requests details on the prices.