Arrive in Amman and transfer to your five-star hotel with views across city. Freshen up before joining the group for a special welcome dinner. 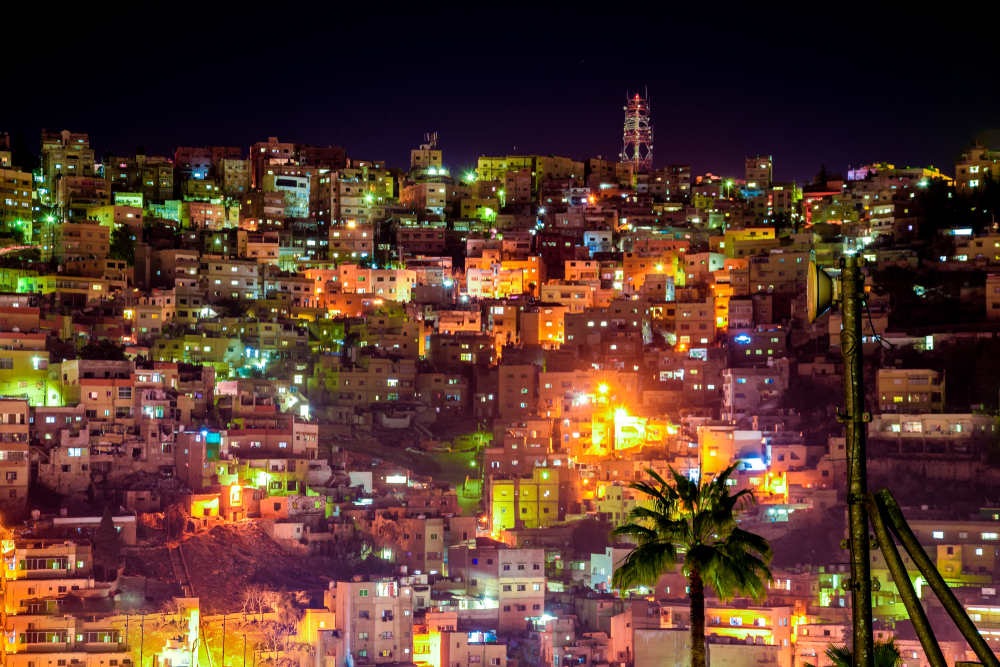 Enjoy breakfast before we pound the pavement on a walking tour to uncover the secrets of downtown Amman. First stop is the Gold Souq, a labyrinth of merchants where you just might find the world’s cheapest gold jewellery. We’ll stop by Amman’s oldest sweet shop, Habiba Sweets, to try the local delicacy kunafa – a cheesy pastry soaked in syrup. Explore the fruit and vegetable market and the fragrant spice and nuts market. See how the locals fill their pantries and stop by the juice stand for a sugarcane drink or a freshly squeezed fruit quencher. 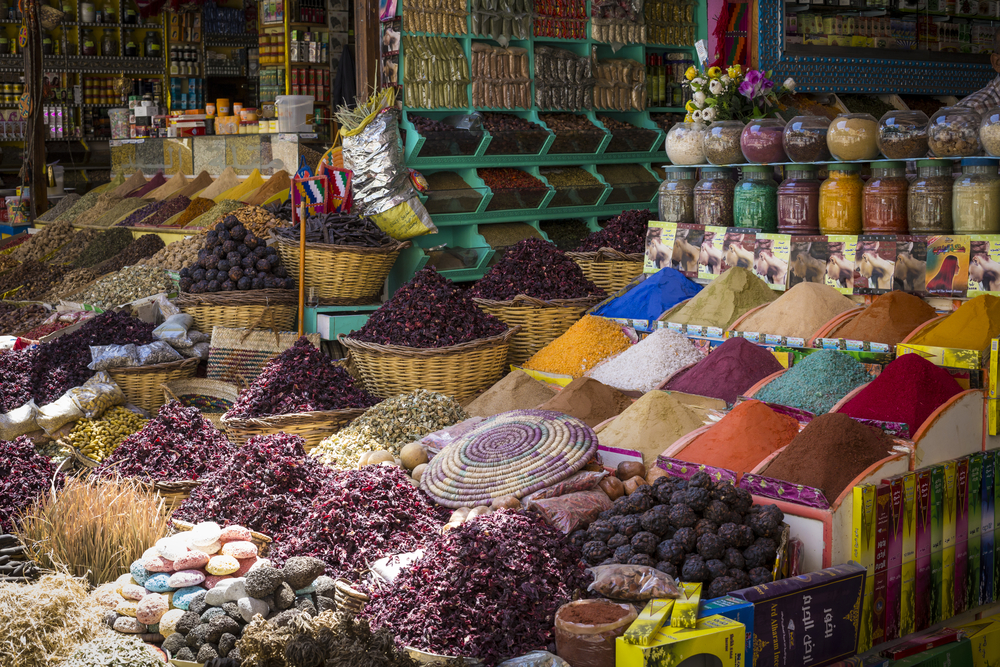 Learn about the magnificent Arabian horses at the Royal Stables before returning to the hotel for lunch. 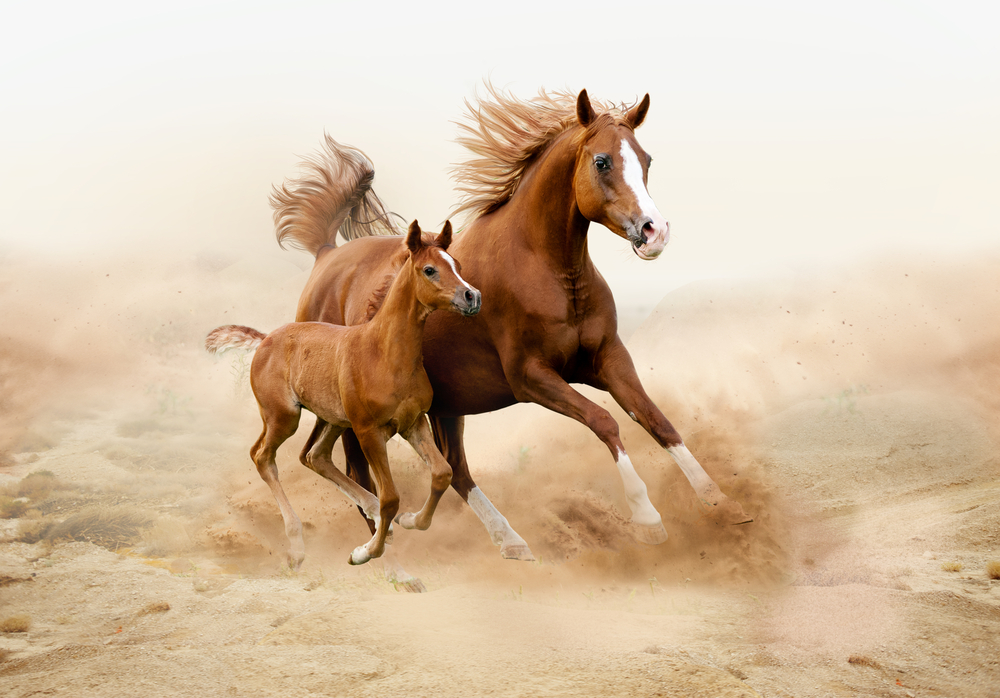 In the afternoon, grab your hat and sunscreen as we visit Jerash, Jordan’s largest Roman ruins – formerly one of the 10 great cities of the Decapolis. Jerash is one of the best-preserved Roman provincial towns in the world and was hidden beneath the sand for centuries before being excavated and restored over 70 painstaking years. 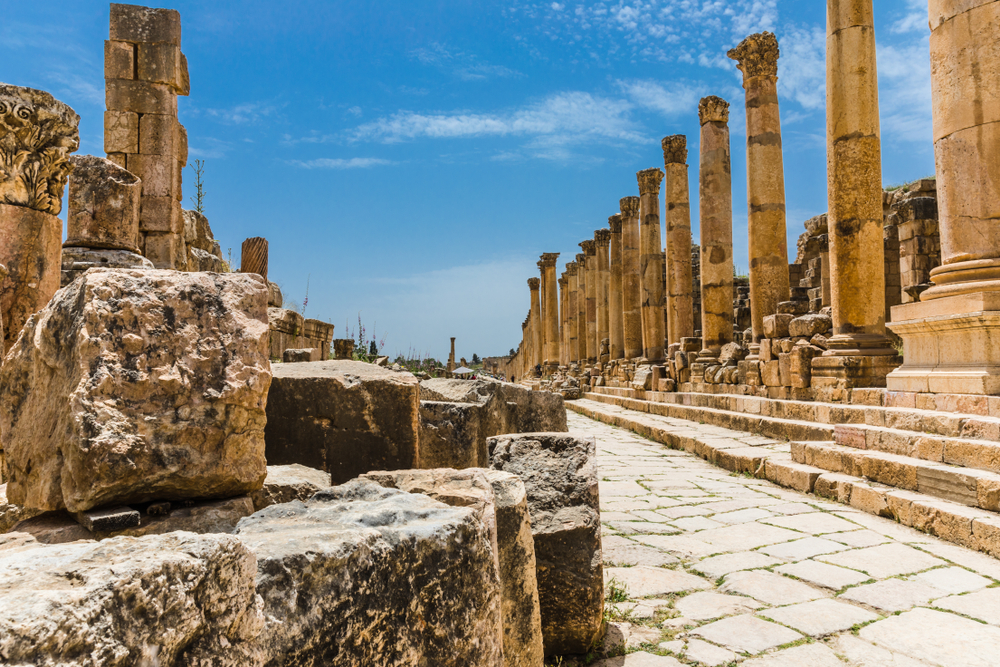 Founded by Alexander the Great in the 2nd century, the city – known as Greece – was one of the wealthiest in the Roman Empire, featuring a swathe of colonnaded streets, soaring hilltop temples, theatres, plazas, baths, fountains and grand city walls. 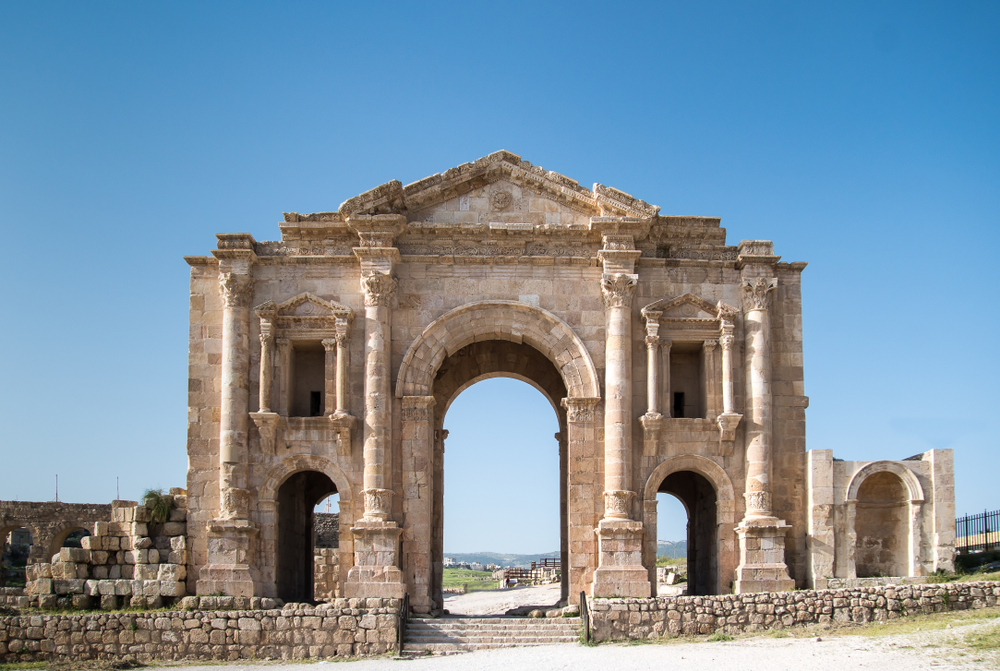 See Hadrian’s Arch, built in 129 in honour of Emperor Hadrian’s visit, and explore the hippodrome where chariot races were hosted in front of 15,000 cheering spectators. Marvel at the size of the forum – a 90-metre long, 80-metre wide limestone-paved plaza surrounded by 56 columns – and climb to the Temple of Zeus for striking views across the site. 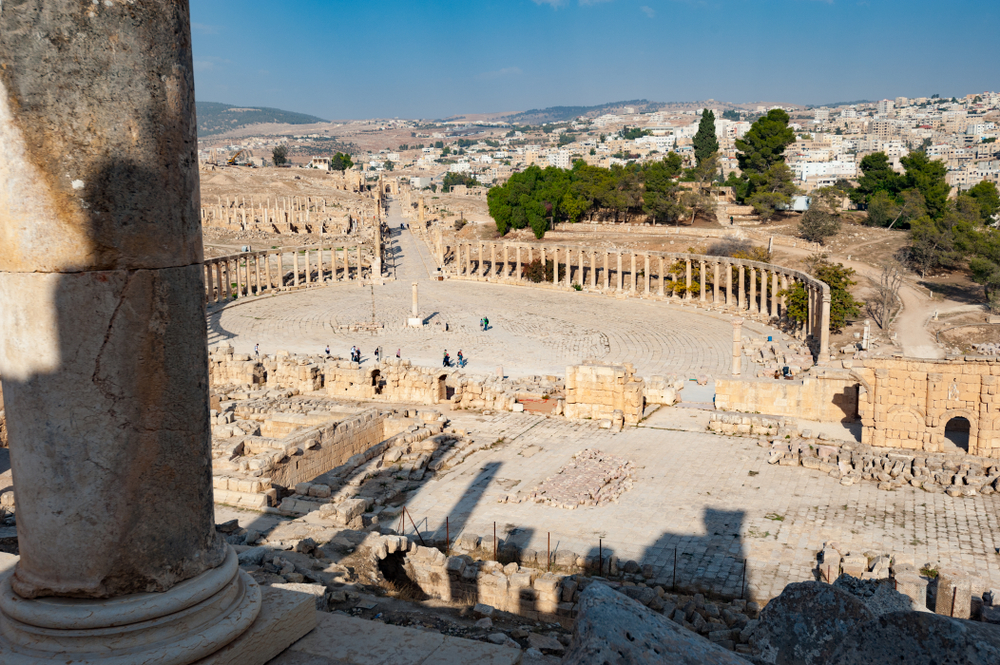 After breakfast, we depart Amman for the ancient city of Petra. About 40 minutes into the journey we arrive at Mount Nebo, a historic site believed to be where Moses first glimpsed the Promised Land. It’s thought that the prophet is buried somewhere on this mountaintop. Enjoy breathtaking views of the Jordan Valley all the way to the Red Sea and the Israeli and Palestinian territories, before visiting a 6th century church adorned with ancient portraits and mosaics.

Next, we visit the nearby market town of Madaba, renowned for its Byzantine-era mosaics. The most famous is located inside St George’s Church, where the remains of the oldest map in the region are laid out in floor mosaics. 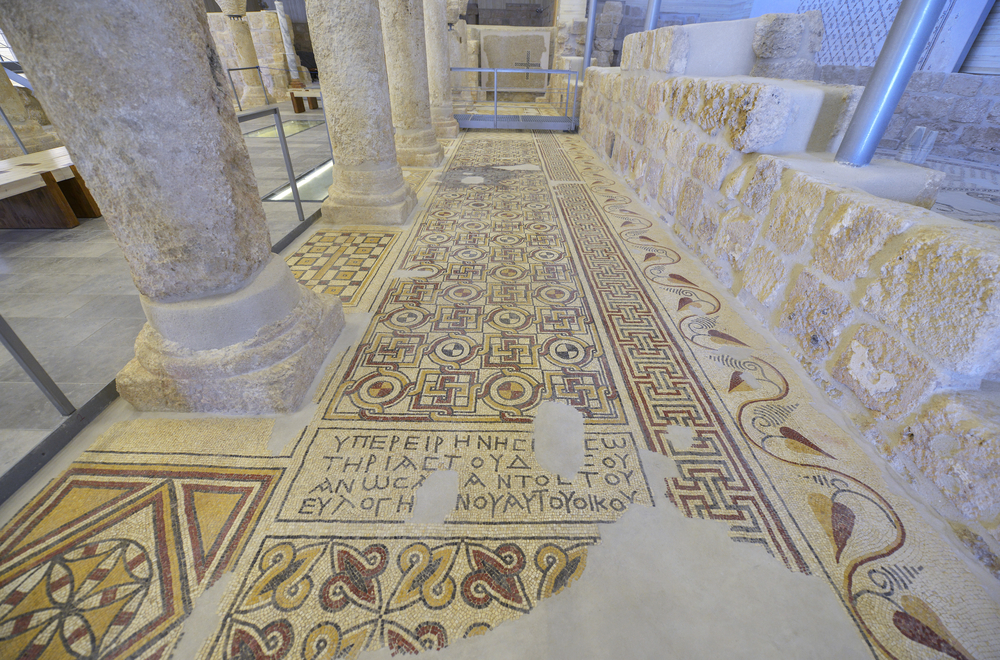 Share the joy of learning to prepare local food at a cooking class, before savouring the fruits of your labour. 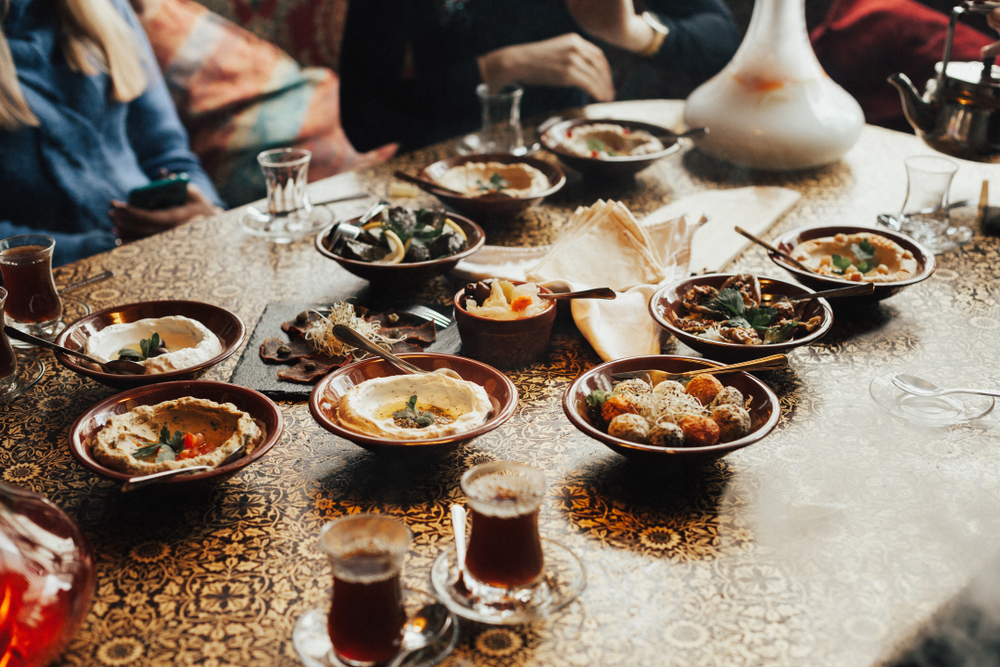 Get your fill of breakfast because you’ll need the energy as we explore the pink city of Petra, one of the world’s most mesmerising ancient sites. The entrance is on foot via the Siq, a narrow 1.2-kilometre long corridor squeezed between soaring vertical cliffs. The anticipation is palpable as we make our way towards the famous lost city, arriving awestruck at the Treasury, a striking 39-metre high facade carved out of sandstone. 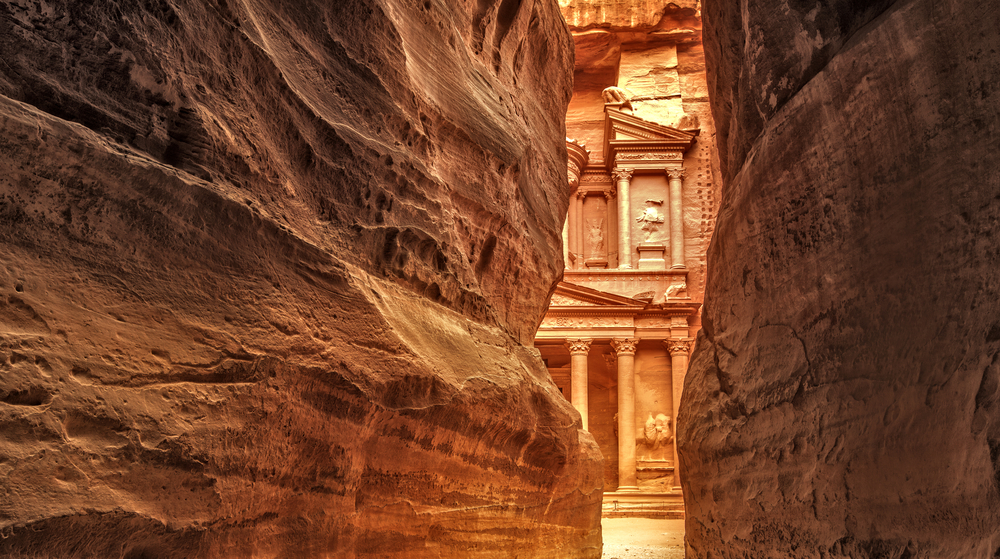 Petra was once the grand capital of the Nabataean Empire and a major trading post before being abandoned and lost to the world for 1000 years. Today, it’s home to more than 800 archaeological sites including 500 rock-hewn tombs. We’ll explore the best of them during a guided tour.

Be prepared for a very special dinner tonight. 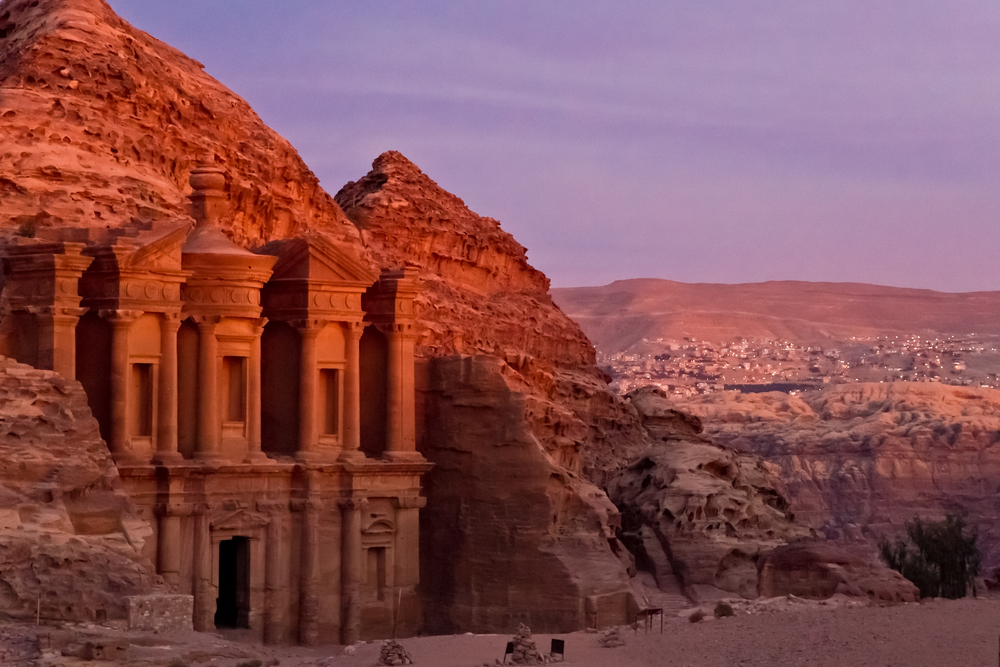 Get set for a four-wheel-drive adventure through the desert as we beat a path across the dunes to Wadi Rum. The ‘Valley of the Moon’ World Heritage site lives up to its name with its sweeping red dunes and towering sandstone arches. It’s hard to believe humans have existed in this desolate moonscape for 12,000 years. 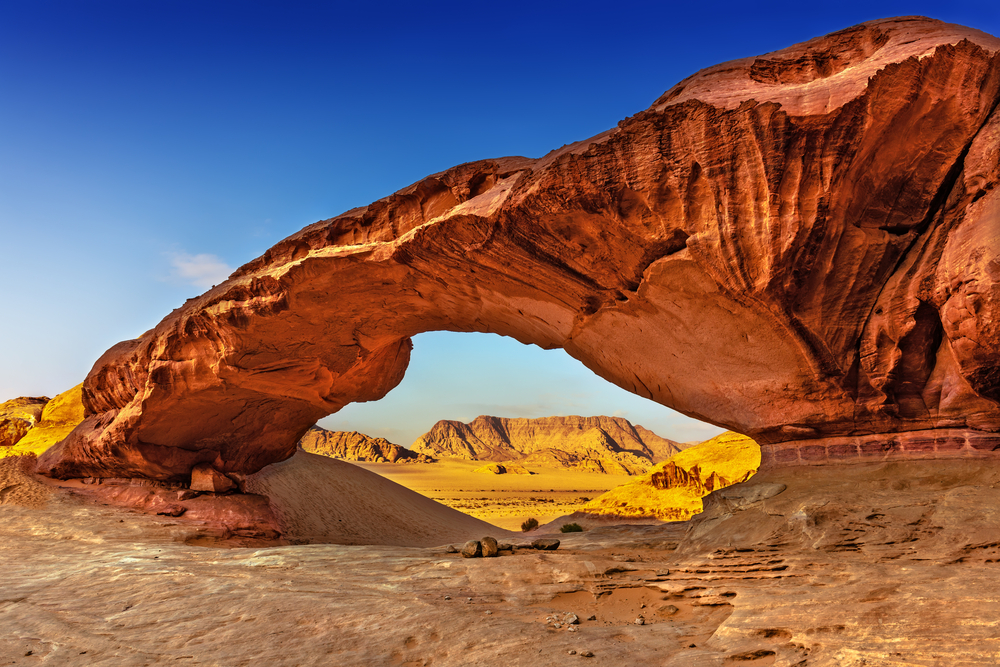 Enjoy sunset drinks on the dunes before bedding down in a Bedouin tent for a memorable night under canvass. 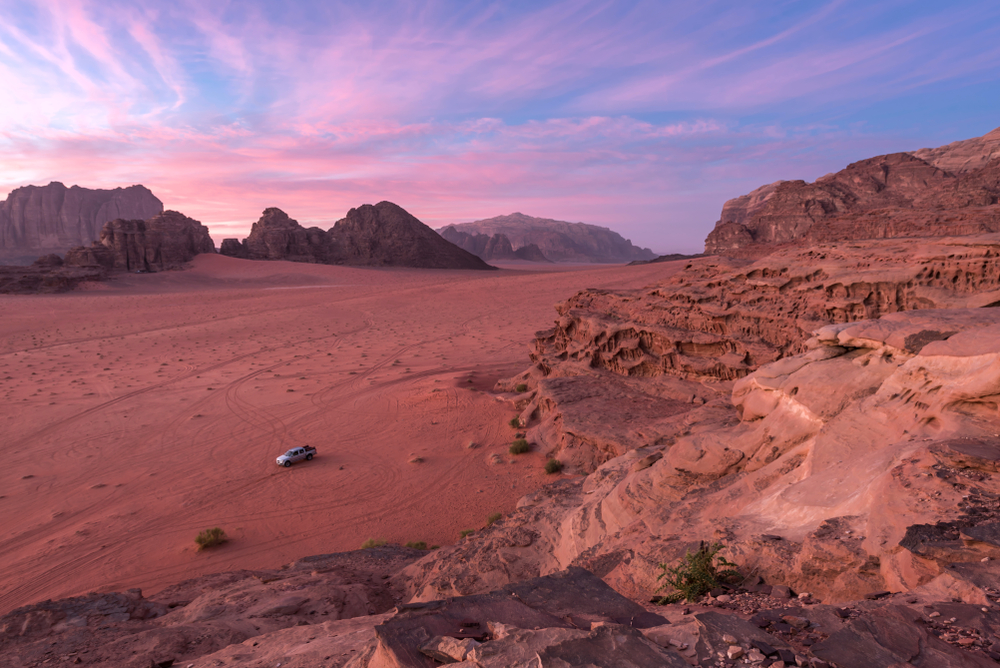 From sand to sea – this morning we travel to the ancient Jordanian port city of Aqaba. We’ll board a yacht and sail out into the Gulf of Aqaba in the Red Sea for a day of snorkelling and nautical adventure. Dive overboard and explore kaleidoscopic coral gardens and myriad sea life in crystal-clear waters.

Enjoy lunch on board before returning to shore and checking in to your five-star waterfront hotel.

Today we head back north to the upper reaches of the Dead Sea. Test the Dead Sea’s famous ultra-salty waters as you float on your back with a book. 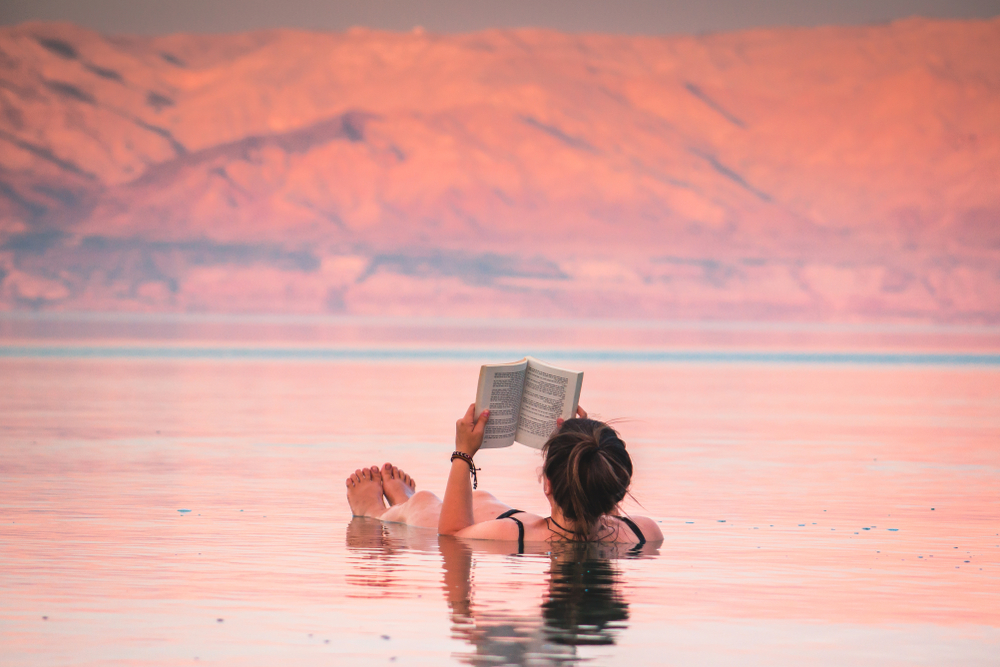 Relax by the pool, rejuvenate at the spa or enjoy a detoxifying mud bath during an afternoon of leisure. 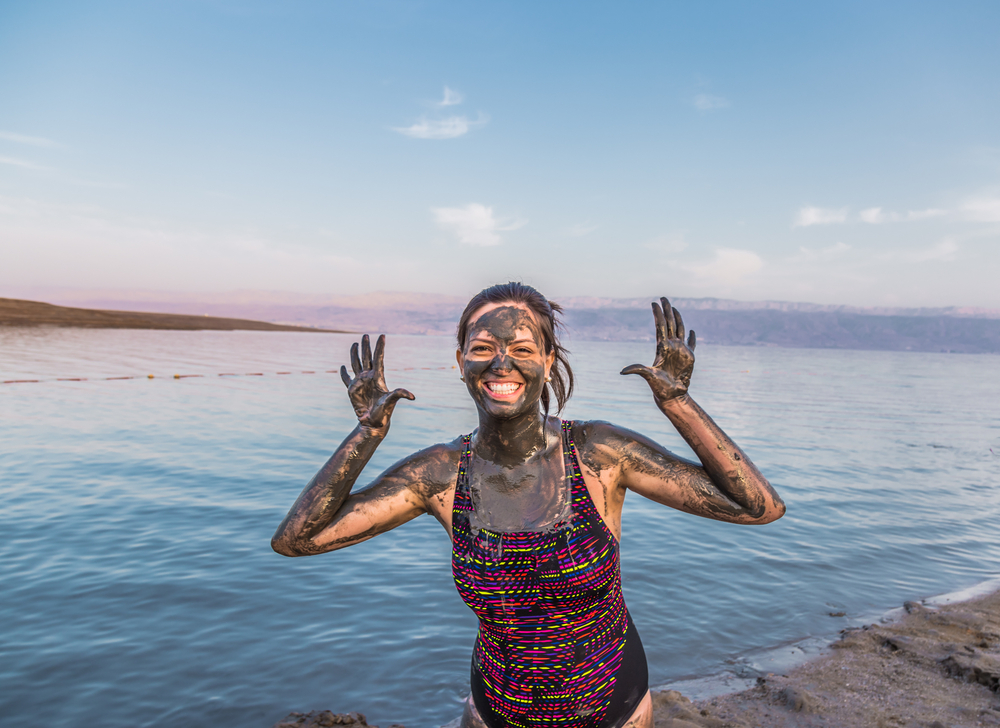 In the afternoon, travel by coach to Bethany-Beyond-the-Jordan, where archeologists believe Jesus was baptized by St John the Baptist. Excavations of the area, on the Jordan side of the Jordan River, only started in 1996 after the country’s peace treaty with Israel. Since then, archaeologists have uncovered more than 20 churches, caves and baptismal pools dating from the Roman and Byzantine eras.

Explore the archeological discoveries of this hallowed site before returning to the hotel for our special farewell dinner. 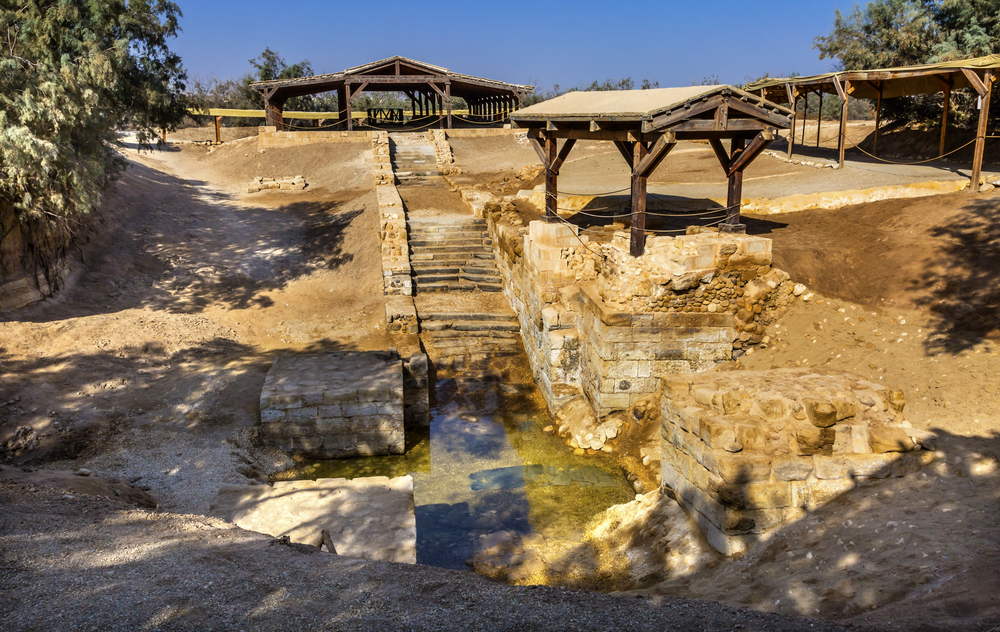 Transfer to King Hussein International Airport for the flight home.

Join the post-conference tour of Jerusalem.


End of arrangements. Please note this program may be subject to change