Arrive a few days early in Vietnam to visit the fascinating city of Hue, once the capital of the Nguyen Empire.

Make your own way to the Pilgrimage Village boutique resort, where you will stay for 3 nights. The Resort is located in the countryside with a rustic village setting surrounding by lush tranquil gardens – the perfect place to unwind.

This morning enjoy a guided tour through the Imperial Citadel, built along the lines of Beijing’s Forbidden City. Massive stone walls surrounded by a moat provided protection from old fashioned enemies, not so much from US bombings in the Vietnam War. It is slowly being restored to its former glory. Enter through the impressive and colourful Ngo Mon gate and explore the Purple Forbidden City where only the emperor, his concubines and advisers were allowed, wander down the halls of the mandarins, enjoy reading rooms overlooking tranquil ponds and charming kiosks once set in manicured grounds. Imagine life in imperial times. 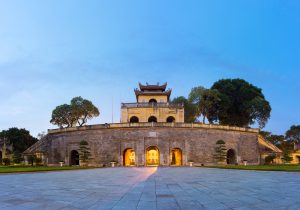 Lunch will be a special experience.  Seated in a timber house, set in lush tropical gardens, you will be served the “royal” food of Hue. Just wait and see!

Return to the hotel. The rest of the afternoon and evening are free for you to relax by the pool or explore Hue on your own. Plenty of shopping and markets to discover. 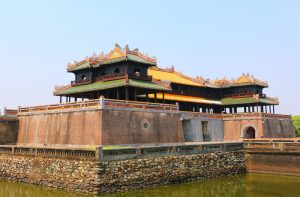 Today we start with a visit to Thien Mu Pagoda, towering above the Perfume River.  Hear legends about the site.  Sneak past the 12 huge wooden sculptures of fearsome temple guardians into the main sanctuary where you may see monks performing their daily prayers and rituals. Hear the tragic tale of an old car which is incongruously garaged in the temple complex. 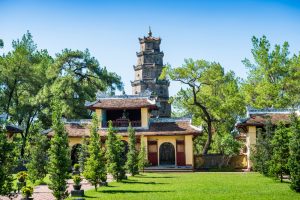 Then we drive through countryside to reach the Tomb of Emperor Tu Duc, which he designed himself to use before and after his death. With peaceful gardens, tranquil lakes and elaborate pavilions it was the perfect place for Tu Duc to relax with his concubines (not the missus, it seems). Enjoy the stroll as you hear of the intrigue, luxury and excesses of an imperial life and death.

We have a typical local lunch before returning to the hotel for an afternoon at leisure.

This evening admire the lights of Hue from our dragon boat cruise along the Perfume River. 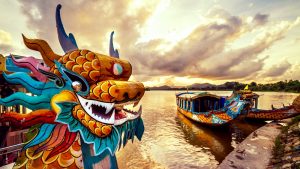 Today bid farewell to Hue to travel to Hoi An. On the way, stop at a fishing village to see daily Vietnamese life unfold. Driving along country roads you will see farmers working their buffalo. 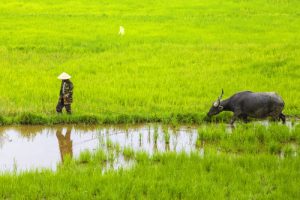 Visit Lang Co beach, an island-like stretch of palm-shaded white sand, with a turquoise lagoon on one side and 10km of beachfront on the other. 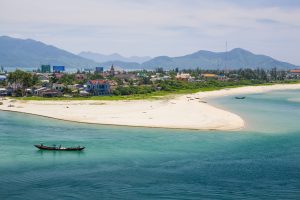 Drive up the winding Hai Van Pass, in the lush mountainous landscape with magical views of the East Vietnam Sea below. At the peak there are some grim reminders of Vietnam’s bloody past. Close to Da Nang, visit Marble Mountain where you can explore caves, pagodas and colourful carvings and enjoy outstanding views of the city below.

Arrive at your hotel in Hoi An. 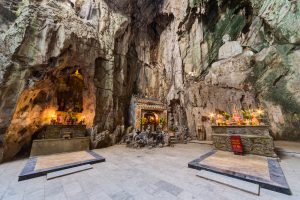 Please note that this itinerary and costs may be subject to change.